Producer sentiment is on the rise, but trade uncertainty continues 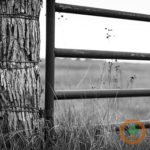 Written by By Amie Sites of Brownfield Ag News

Producers are more optimistic about their current financial situation according to the latest Purdue/CME Group Ag Economy Barometer.

“In fact, on the soybean side, if you compare it to the three-year average it’s the most positive yield environment we’ve had in the history of soybeans,” he says. “The corn situation is almost that strong, I think it’s the second most positive situation and so that combination has created some optimism.”

“Or maybe a better way of saying that is a less pessimistic perspective on farmland prices,” he says. “We’re not suggesting there’s going to be a big uptick in farmland values, but there appears to be a lot of interest out there.”

A new question on the survey asked farmers how the felt about NAFTA. About 35 percent said that a withdrawal was likely, while about 30 percent said it was unlikely.

The overall barometer climbed in February was 140 and the index of current conditions climbed to 143.

The Ag Economy Barometer is based on a monthly survey of 400 U.S. agricultural producers. A rating below 100 is negative, while a rating above 100 indicates positive feelings about the ag economy.